Salute to Our Heroes

Salute to Our Heroes honors the brave men and women of the armed forces and first responders who serve to protect and preserve our freedoms, liberty, and life. Proceeds from this event fund scholarship endowments for graduating seniors from CFISD. The Cy-Fair Educational Foundation invests in Today’s Students – Tomorrow’s Future by providing scholarships and innovative staff development programs for CFISD. This special evening is highlighted with an inspirational speaker, dinner, entertainment, live and silent auction. 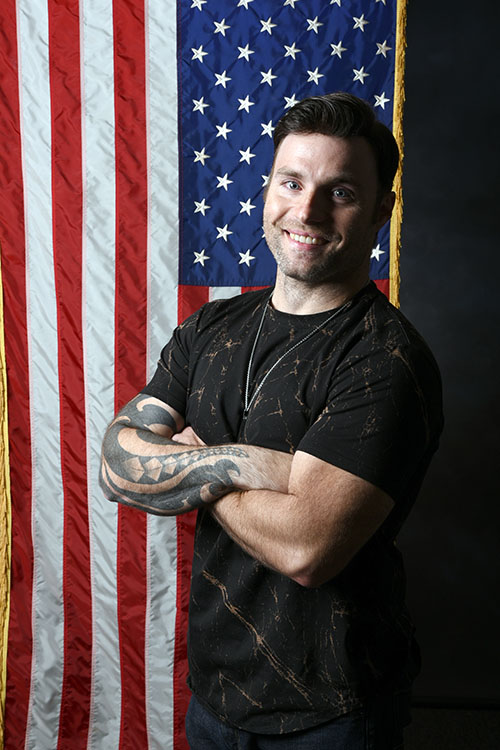 Justin “JP” Lane joined the U.S. Army in 2008 at the age of 20 years old. As a combat engineer, he was deployed to Afghanistan as a Specialist with the 428th Engineer Company in October 2010 to search for IED’s. (Improvised Explosive Devices) On July 2nd, 2011, his RG31 truck was penetrated by a 200lb IED while on a mission. He was in a coma for 6 weeks and sustained a total of 26 injuries, include the loss of both legs – changing his life forever.

JP will tell you he joined the Army to serve and protect the American people, and by the grace of God he still does. He promotes post traumatic growth to civilians, veterans, and active duty troops across the country, helping them build a mindset to ‘Never Give Up, Never Surrender’. He is an inspirational speaker and singer. He has performed at President Obama & President Trump’s Inauguration. Famous artist such as Neal McCoy, Lee Greenwood, Gavin Degraw and more.

Crystal, his wife, encouraged JP to write his book “Walking Again”, which has now sold globally on Amazon. His journey of faith, determination, and love of life is inspiring.

For details on sponsorship, advertisements or ticket sales, please call (281) 370-0144. Individual tickets are $125 each and $75 for military veterans and active military personnel.