Happy New Year!  2016 has arrived and we are excited for all the New Year will have to offer.  Our first major event of the year is Salute to Our Heroes taking place on February 13th.   This is one of our most successful events that honors the men and women who serve our country.  All funds raised will go to an endowment that enables CFISD students to attend college.

At Salute to Our Heroes, we will be presenting the Jeremy Ray Community Service and Peace Award.  Jeremy was an officer in the United States Army, 1st Squadron, 3rd Armored Calvary Regiment.  He was a Jersey Village High School Graduate.  In 2009, Jeremy Ray was honored at our inaugural Salute to Our Heroes for his role as a soldier and as a peacekeeper.  Jeremy lost his life as he was meeting with a local Imam in Iraq.  As a result of his service and dedication to peace, we decided to honor an individual each year that serves the Cy-Fair Community and who best personifies community service, service to our armed forces, or actively promotes peace around the globe. 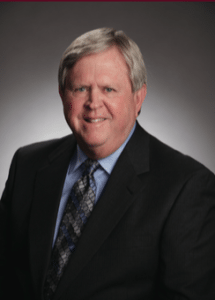 This year, we are proud to announce that the Jeremy Ray Community Service and Peace Award will be presented to the memory of John Fox.  John appraised properties in Houston for more than 39 years.  Through the years, John received several awards and honors of achievement, both in business and in his personal life.

John was not just a local business owner but from the moment he moved to Cy-Fair in 1969, John was a champion for his community.  From his work with local churches and youth, as well as his many contributions to local non-profits, John gave himself to his community.

John served as a Trustee on the Cy-Fair Educational Foundation Board for 28 years. In 1988, John spearheaded the first B.F Adam Golf Classic and chaired many committees throughout the years.  He was a longtime Board member of the Cypress Fairbanks Medical Center Hospital even serving as past president.  John also embraced his opportunities to serve on the Cypress Fairbanks Chamber of Commerce Board as Chairman, as well as being a Trustee on the Lone Star College System’s Board.

John graduated from Texas A&M University and is a member of the 12th Man Foundation.  He leaves behind Robbie, his wife of 42 years, and their four children, all of whom graduated from the CFISD system.  His enjoyment of attending Texas A&M sporting events was only surpassed by his time spent with his grandchildren.  On November 4, 2015, John lost his 15-month battle with pancreatic cancer.  His contributions to the community will be honored at Salute to Our Heroes.